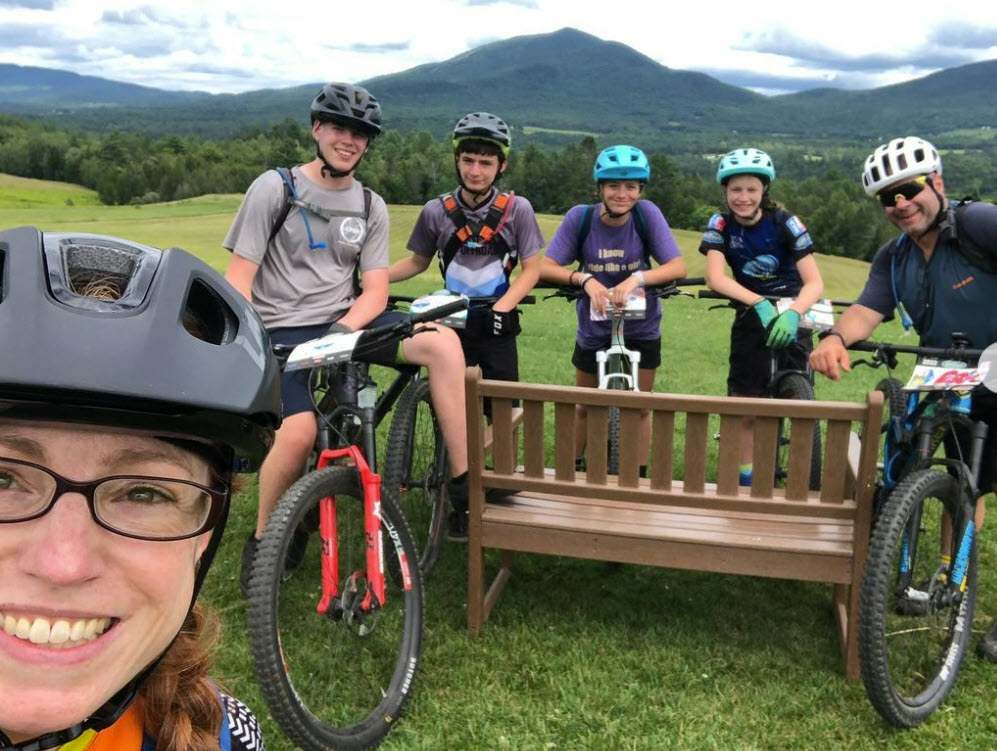 I’m checking in as promised to let you know that our ride groups had a great day. Thus far we’ve avoided the storms in the region, but have decided to cancel the bonfire plans out of an abundance of caution. The winds were gusting enough at showtime that it would have been challenging to contain. Coaches Jon and Steve hosted some great games for after dinner and students are having a blast talking about the day’s rides.

Today saw the groups heading out early and covering more trails. I’ve heard that several groups have covered every major trail here, which is super impressive. They’ve also continued the “NJ cleans out the Northeast Kingdom of all Ice Cream” initiative, and from what I saw we are on track to accomplish the mission.

After returning from rides we had some bike care, self-care, and free time, followed by a tie-dye party. I saw some pretty creative stuff going on out there!

Another super highlight of the day was an opportunity for the girls to get together as a group, where they were treated to a skills clinic provided by Kristine Contento-Angell, our resident professional enduro racer. With the help of Coach Courtney Pinto from the St. Joseph’s Prep team, the girls worked on cornering, pumps, berms, and a multitude of flow trail specific skills. This GRiT clinic was the brainchild of the female campers and coaches, and I was so impressed to see them supporting each other, working hard, and displaying gratitude and respect for each other and their coaches. Of course, they ended the day with some river and ice cream. So cool!

Here is a video that Coach Dave Bauhs put together for team 3, the “Hat Trick” team: youtube.com/watch?v=HqgVM-hCaAQ

And as of the send-time of this email, we’ve been treated to yet another tremendous sunset. What a fitting end to the last full night at this magical place!

I look forward to seeing those of you who will be here for parent pick-up tomorrow at 2 pm. If we can be of any service between now and then, please drop us a line. Safe travels too!

No comments to show.